"Getting" #Wrecked at School: Bias 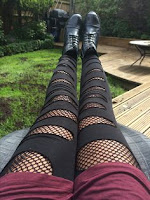 Here’s my drumbeat line when I talk writing to students: Plot follows character.

They ask me where I get my ideas and I say, “Plot follows character.”

I finish reading, they ask what happens next, and I tell them, “Plot follows character.”

And when we pick apart the story I urge them to look at the details about the characters. I assure them they are no accident; writers spend a lot of time deciding what to tell you about a character. Because when you know those details, you’ll absolutely know what that character will do. And when you develop those details in your writing, you don’t need to worry about the plot. It simply happens. Those characters jump off the page and starting running in their own direction.

So it was super interesting the other day when I was presenting Wrecked to a high school group and we were talking about the character, Jenny, who is the young woman who accuses a fellow student of rape. I read them part of an early chapter and urged them, “Tell me what you know about Jenny so far. What details jump out at you?”

“Well, we believe her,” one boy said.  “Why?” I pressed. “Because she’s a good student,” he said, and everyone nodded. “She’s shy and she doesn’t go to parties. She’s the type of girl who would tell the truth.”

Now, this was fascinating to me. Because yes, those details were all there intentionally … but dang, as I was writing the book (and asking myself the usual what-does-my-character-want questions) I had seen those details about Jenny’s long hours in the lab, her massive backpack stuffed with books, her indirect shy manner of speaking, her seeming lack of social life, as an indicator that this was an inexperienced possibly lonely girl. Tossed into the maelstrom of a wildly social freshmen dorm, she was vulnerable to the allure of “popular girl” attention. When the chance to borrow a hot dress, down some vodka-laced Gatorade and waltz off with the rest of the hall to a party hosted by older students presents itself, Jenny can’t resist. She’s not out looking to hookup: she simply wants friends. She wants to fit in.

It hadn’t occurred to me that those details indicated her truthfulness. But for whatever reason … and I’m not judging here … to this young man, honesty and truth-telling comes in a “Good Student” package. The kids with the good grades are less likely to lie. The kids who don’t break the rules or get in trouble always tell the truth.

I couldn’t help myself.

“So … if Jenny was a girl who had had a string of boyfriends, struggled with her schoolwork, and wore micro-minis and ripped mesh hose to school, we’d be less likely to believe her when she says she was sexually assaulted?”

“To what extent do we make assumptions based on how someone presents? What they wear? How accurate are those assumptions?”

And that’s when the conversation got interesting.
Posted by Maria Padian at 5:18 AM