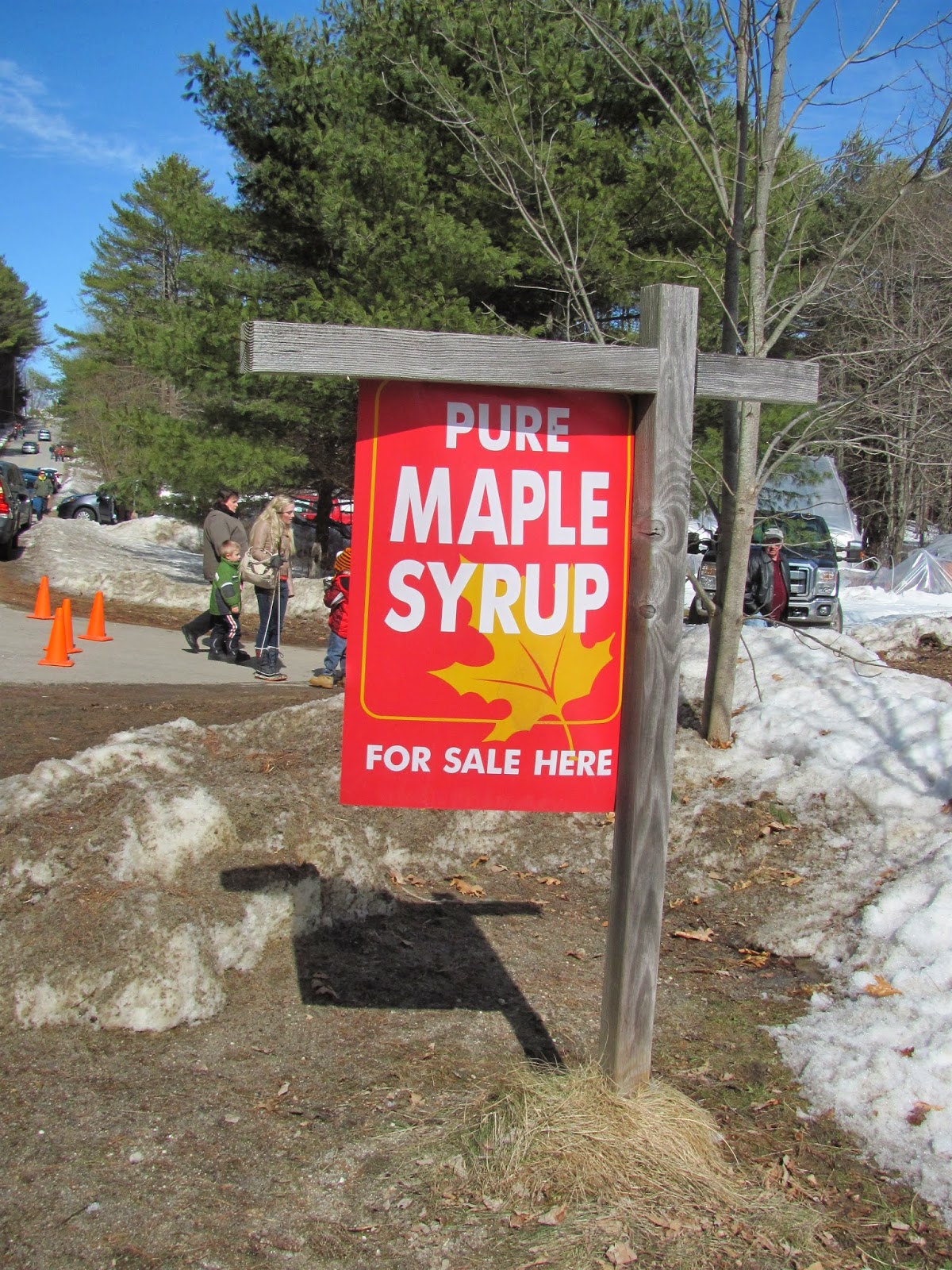 It went down to seven degrees last night.  Seven.

I know there’s plenty I could say on that topic, most of it grouchy, but instead I’m going to focus on the magic.  Because these cold March nights, accompanied by sunny, warm-ish days mean one thing:  sap running.

Okay, okay, I know:  it also means slush-which-turns-to-ice-chunks and grit and mud.  So. Much. Mud.  But it means sap running, the trees exhaling and warming up … ever notice how the snow immediately around the tree’s base melts first? … and maple sugar season.

Every March, on one chosen Sunday, Maine farmers open their sugarhouses to the public for Maine Maple Sunday, and we get to witness the magic.  And the mud.  And the slush.  It’s completely delicious and dirty and still fairly cold and our family loves it.  This point of the season in late March is known to sugarmakers as “the frog run,” because the spring peepers can be heard at night, signaling the beginning of spring and the last of the sap.  Author John Elder has written a

lovely, lyrical book about sugaring called “The Frog Run,” and I highly recommend it.


Anyway, yesterday was the day, and we drove to Cooper’s Royal Heritage Farm in Windham, Maine.  It was appropriately slushy and crowded and muddy.  Seriously muddy.  A line of us tramped through the mud and filed into the sugarhouse where we could see the evaporator at work. 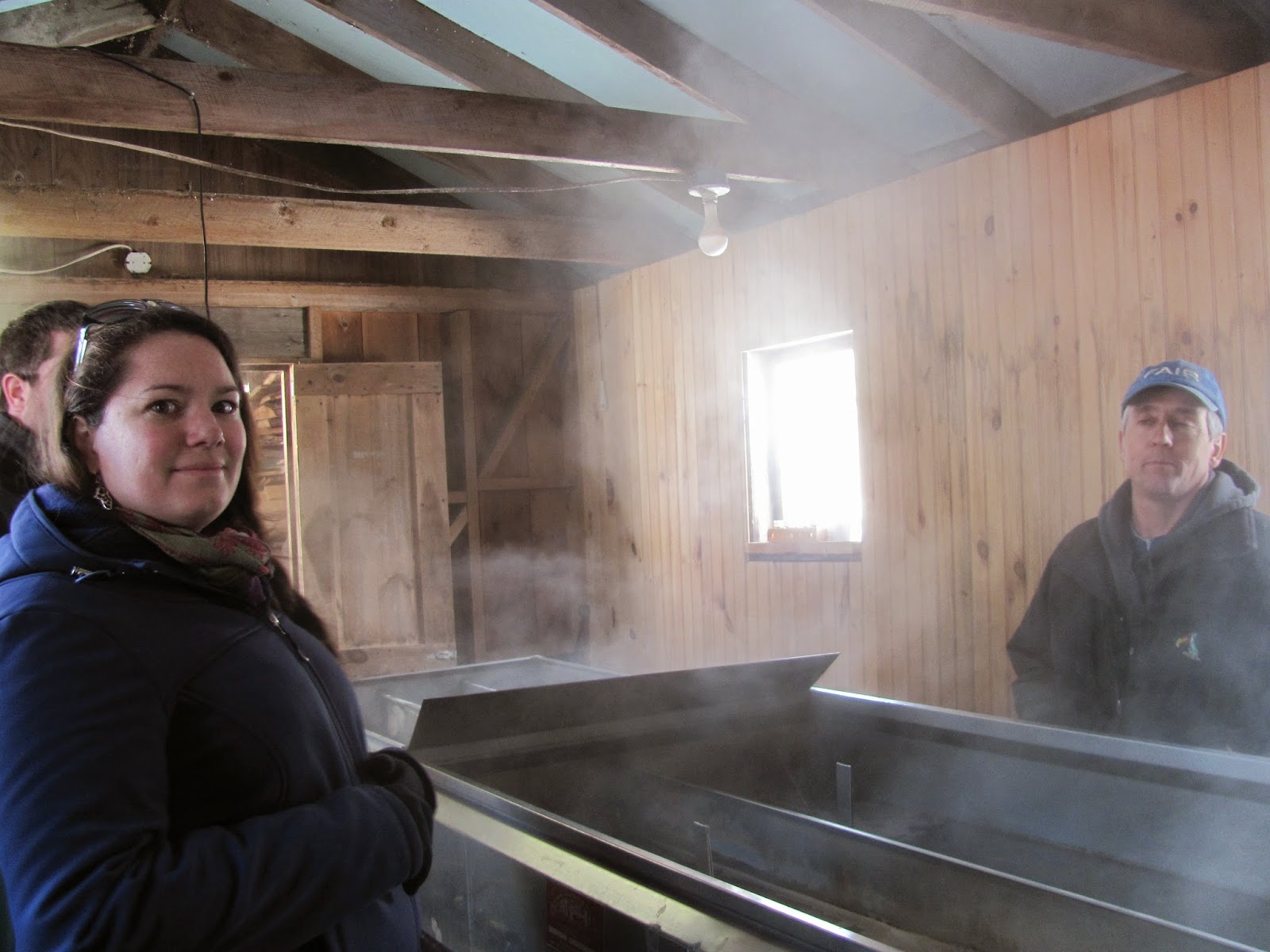 We could also sample some of this season's syrup on ice cream.  "Syrup Nouveau," if you will.

It takes roughly 40 gallons of sap, boiled down, to produce one gallon of syrup.  Most of the maple syrup in the world comes from Quebec:  about 7.5 million gallons each year.  Next is Vermont, with 460,000 gallons.  Maine is fourth in production, with 250,000 gallons.

Back in the day, sap used to be collected in buckets.  Now, trees are likely to be tapped using unlovely yet efficient plastic tubes and tubs.  And instead of the wood-fire-stoked evaporators, many modern sugarhouses will employ oil or propane-power to boil their sap.

We got to Cooper’s a bit late for the pancake breakfast, but the ice cream was great.  Another favorite is sugar-on-snow:  you heat syrup and butter to a little over 230 degrees (use a candy thermometer) then spoon it over a tub of packed snow.  When it sits on top of the snow and clings to a fork, like taffy, it’s ready.

Cooper’s sells maple sugar candy as well as syrup and honey and maple roasted nuts (!) so we returned home well-supplied.  And hungry.  One of my daughter’s college friends is a Vermonter from Norwich, and her uncle, the food writer Ken Haedrich, (who is a winner of the Julia Child Cookbook Award) has penned the wonderful “Maple Syrup Cookbook.”  Inspired, we came home from our day and made Ken’s Gingered Pork Medallions, which, naturally, use real maple syrup in the recipe. 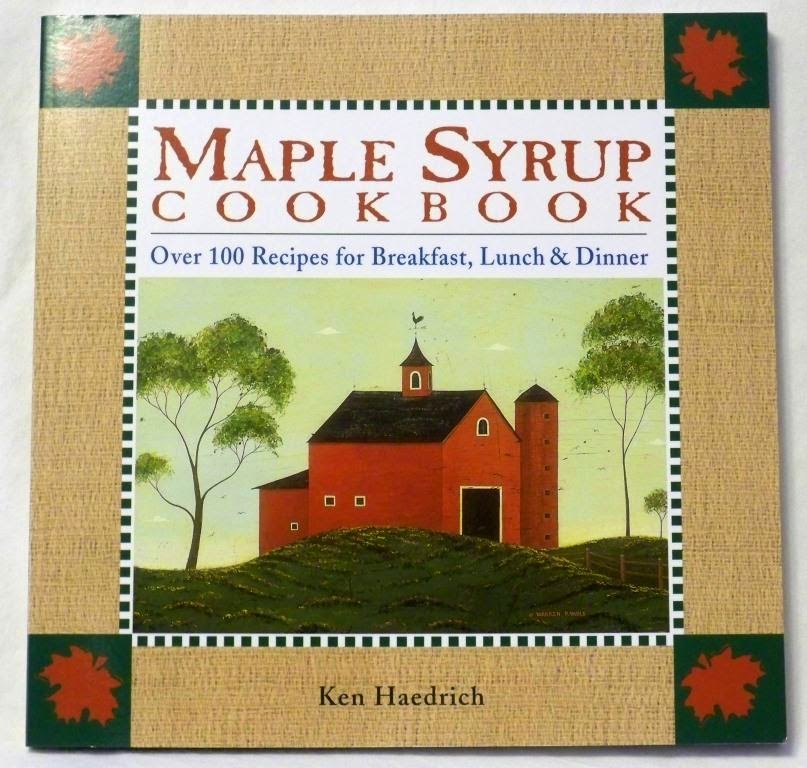 It was so, so good.  Almost makes March bearable.

Meanwhile, in Vermont, they were up to the same shenanigans yesterday.  My writer friend/classmate Hugh Coyle was out and about in the mud and syrup madness as well, and shared photos ... and one of his poems ... on Facebook.  I love it, and share it here with you:

Sugar Season
by Hugh Coyle
Mid-March, and the bare-wristed maples
shake off last night’s ice to lift
branches toward struggling sun.
Slick bark glistens along the trunks,
the scars of past sap harvests
welted up near this season’s taps.
The syrup man tramps through crusted snow,
checks his levels and lines. Next week,
perhaps, this cold snap will break. He slings
one more steel bucket onto a spike,
impatient for winter’s slow apology

Posted by Maria Padian at 4:05 AM No comments: 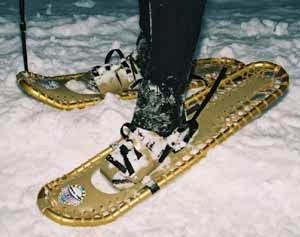 Granted, they were old … fifteen-plus years … but the snow-slushy-gunk we’ve trudged these last couple of months in search of sunlight and exercise and walks for the dog has bested them.  The grommets that held the little tooth-like spiky grippers have popped:  the shoes flop uselessly when I attempt to walk in them.

I’m trying not to feel crazily trapped by this latest gear malfunction.  I mean, I can get out.  I just can’t go far, or too fast.  The snow is either too deep (requiring showshoes) or the roads too icy.  I’d like to drive to a groomed outdoor center, but the nearest one is up a winding, ear-popping rural road, and I’m not feeling confident about the car.  Just before the flopping snowshoes debacle was the Failure to Climb Van:  our big red Dodge simply couldn’t make it up the vertical-ice-rink driveway to our house.  Spinning wheels, gravel flying, the smell of burning rubber … luckily, neighbors let us park in their drive at the bottom of the hill.  Until May.  When it thaws.

I know what you’re thinking:  Dude.  Get a life.  This is a seriously First World Problem.    Or maybe not.  Maybe you’re thinking:  Are you kidding?  Who wants to go outside when it’s 16 degrees anyway?  Stay inside and drink coffee.  Or hot chocolate laced with Schnapps.  And by the way, stay inside and GET SOME WRITING DONE. 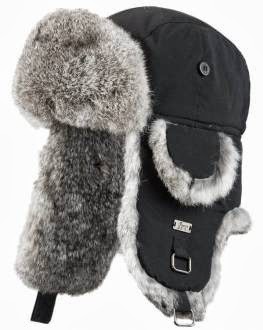 Ah, there’s the rub.  Writing.  I should be gleefully tap-tapping away on the laptop, now that I have every imaginable excuse to stay indoors.  In winter, the Muse wears a fur-lined bomber hat, complete with ear flaps.  This is the season of first drafts, and completed manuscripts.  Productive days spent by the woodstove.

Okay.  Yes.  All true.  Especially the part about the Muse.  But in March, when you’re ready for the sweet wood-smokey smell of maple sugar season, and the return of birdsong, you hate looking out the window to a scene right out of The Shining.  A little too much snow, and the Muse starts wielding a hatchet.  All work and no play makes Jack a dull boy ….

I know I should be writing, but it’s sooooooo much more fun complaining about the doozie of a winter we’ve had.  All the falling and broken bones and ice dams (my poor brother returned home from a lovely ski trip with his family to discover water dripping through his living room ceiling, soaking into the plaster and the wood floors … ) and skidding and missed flights.

Of course, in parts of the country where the local economy depends on snow, this has been a bonanza.  Yay for the restaurants and inns that need skiers and snowmobilers!  This stuff is like manna from heaven.  Yay.

There.  I said it.  I do love snow, I really do.  Snow is a good thing.  But you know what they say about too much of a good thing …

My friend, Mary, and her writer/photographer spouse who spends so much time in the Arctic he’s practically an honorary Inuit, head to St. John, in the Virgin Islands, this week.  I’m so incredibly happy for them.  They will be HOT and they will snorkel in aquamarine water, and nap on white sand, and hear all sorts of birds.  I’m so … deeply, wonderfully happy.  For them.  Yeah. 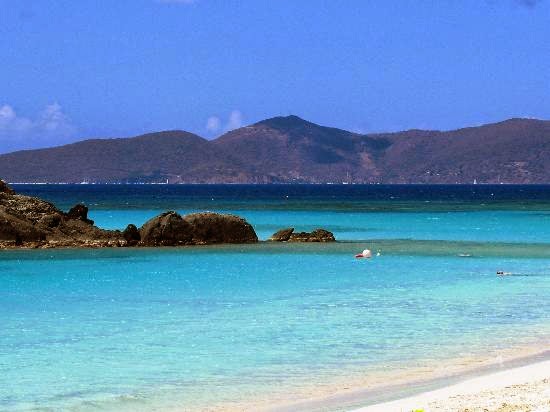 Posted by Maria Padian at 11:36 AM No comments: