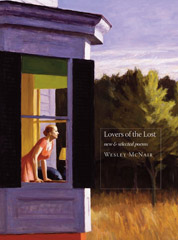 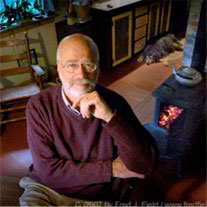 Posted by Maria Padian at 5:34 AM No comments:

Poem for a Monday: Real Work

At some point we start to learn, really learn, from our children.  I don’t know when it begins, or when it began, for me, but my teenage daughter teaches me every day.
This Monday began her spring break week.  It’s her senior year in high school, and while she’s got some pretty big fun planned for the end of the week, she didn’t have many plans for the beginning.  Unbeknownst to me, she called our local food bank and scheduled volunteer hours for herself.
She chops vegetables, sorts donations, cooks, cleans, and serves food to the clients who come for a meal and free groceries each day.  She’s been doing this all year, and when I asked her why she chose to spend her spring break this way, she shrugged and said, “I love working there.  It’s so real.”
It made me think of this Marge Piercy poem, which I’ve loved for a long time.  Never, over all the years that I’ve turned to it, did I imagine this would be my daughter.  But, there you have it.
To be of use
The people I love the best
jump into work head first
without dallying in the shallows
and swim off with sure strokes almost out of sight.
They seem to become natives of that element,
the black sleek heads of seals
bouncing like half-submerged balls.
I love people who harness themselves, an ox to a heavy cart,
who pull like water buffalo, with massive patience,
who strain in the mud and the muck to move things forward,
who do what has to be done, again and again.
I want to be with people who submerge
in the task, who go into the fields to harvest
and work in a row and pass the bags along,
who are not parlor generals and field deserters
but move in a common rhythm
when the food must come in or the fire be put out.
The work of the world is common as mud.
Botched, it smears the hands, crumbles to dust.
But the thing worth doing well done
has a shape that satisfies, clean and evident.
Greek amphoras for wine or oil,
Hopi vases that held corn, are put in museums
but you know they were made to be used.
The pitcher cries for water to carry
and a person for work that is real.
Marge Piercy is the author of 17 novels, 18 volumes of poetry, a memoir, articles, essays, and criticism.  She was born in , in 1936 and currently lives on .
Posted by Maria Padian at 6:50 PM No comments:

Happy National Poetry month! I've been having Google problems lately (grrrr .... ) so this blog is late and it's already nine days into National Poetry Month. Ah well.
In honor of a MONTH of poetry I wanted to call attention to a wonderful initiative by Maine Poet Laureate, Wesley McNair: Take Heart: A Conversation in Poetry.
Each week a poem by a Maine poet is published in two dozen newspapers across the state. My local paper doesn't participate in this (grrrr .....) but the Maine Writers and Publishers Alliance archives all the selected poems, which you can check out here:
http://www.mainewriters.org/products.html

So, thank you, Wesley McNair, yay for the MWPA, and yay for National Poetry Month!
A few weeks ago I posted on this blog a poem called Transportation by Maine poet Kristen Lindquist. Last week Garrison Keillor read it on The Writer's Almanac, and this week, as I was looking for a Monday poem, I came across this one by Billy Collins. Like Kristen's, it's set in an airport, where the narrator feels a sort of communion with his fellow travelers.
Passengers
At the gate, I sit in a row of blue seats
with the possible company of my death,
this sprawling miscellany of people -
carry-on bags and paperbacks -
that could be gathered in a flash
into a band of pilgrims on the last open road.
Not that I think
if our plane crumpled into a mountain
we would all ascend together,
holding hands like a ring of skydivers,
into a sudden gasp of brightness,
or that there would be some common place
for us to reunite to jubilize the moment,
some spaceless, pillarless Greece
where we could, at the count of three,
toss our ashes into the sunny air.
It's just that the way that man has his briefcase
so carefully arranged,
the way that girl is cooling her tea,
and the flow of the comb that woman
passes through her daughter's hair ...
and when you consider the altitude,
the secret parts of the engines,
and all the hard water and the deep canyons below ...
well, I just think it would be good if one of us
maybe stood up and said a few words,
or, so as not to involve the police,
at least quietly wrote something down.
Billy Collins served as Poet Laureate of the United States from 2001 to 2003 and Poet Laureate of New York State from 2004 to 2006.

Posted by Maria Padian at 5:29 PM No comments: