The #1 Most Difficult Question 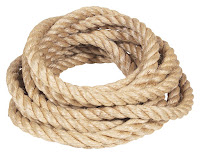 Here’s the #1 Most Difficult Question I’m asked by teens: Where do you get the ideas for your books?

Maine writer Stephen King has a pretty straightforward answer to that question: “Everywhere.” Now, while that might seem a bit sweeping and not particularly helpful to young, would-be writers (and given the plots to Carrie, Cujo and Christine probably doesn’t warm the hearts of our state tourism officials) it’s spot on. Because here’s the thing: stories come at us from a lot of different directions. My honest response when asked the #1 Question?  “Life, pretty much.”

The trick is focus. Sorting through all the noise of “life” and “everywhere” and following a couple of interesting threads. King picks one or two then asks himself, “What if?” and he’s off to the races with a bestselling novel. For me it’s a little more arduous, especially if the thread feels scary or fraught. Maybe not as scary as killer cars and rabid St. Bernards, but for me, writing realistic young adult fiction? Definitely fraught. And for my latest novel, Wrecked, a story about a sexual assault on a college campus, the Where-did-you-get-THAT-idea? question feels personal. There’s a hint of prurient curiosity behind it. As if what they really want to know is: Did this happen to you? Why would you choose to write about something so awful?

Is this story true?

For the record: I’m not a victim, and Wrecked is fiction. As for the “Why?” Well …

I could have been that girl. I was almost that girl. The evening started at a frat party where I was dancing with friends and drinking the Mystery Punch (it was delicious.) Next thing you know I’m downtown with a guy I sort of knew (where were my friends?) having more drinks, followed by the long walk back to his dorm room where, as I sat on his bed, I marveled at how the room wasn’t spinning clockwise but rather end to end. Somehow he’d discerned I was a literature buff, so to further woo me he began reading aloud from … no joke … Moby Dick.

That was when I realized this was not at all where I wanted to be, nor with whom, and declared my desire to return to my own room. Pronto. And here’s where I got lucky: I was able to voice that desire and he wasn’t a predator. He walked me back; we said good night. The next morning, I was shocked by how easily, thoughtlessly, I had drifted into that young man’s room. Never before had I considered myself a person without agency or volition. How had I ended up in that situation? The experience branded me with a fresh empathy for any young woman who had started her evening like I had, but encountered a very different guy.

Another thread: years later, I went to see the play “Doubt” on Broadway. It’s set in a Catholic school, and involves a nun’s accusation of sexual misconduct against a priest. I went with friends and was fascinated by their reactions: each came to vastly different conclusions about what “happened.” Some absolutely assigned blame to the priest; others felt the nun misjudged him. Each defended her position passionately, despite the fact that we never saw what took place between the priest and the child. We drew our conclusions from the other side of a closed door.

It occurred to me that one’s truth varies with point-of-view, and that our opinions are informed by biases we might not realize we have. That fascination with how a story changes depending on the narrator has haunted me ever since, and combined with the more recent  threads of having kids in college at a time when so much national debate swirls around issues of sexual assault on campus, new definitions of consent, new federal guidelines, etc., well … Wrecked pretty much insisted on being written.

So here’s how I answer the #1 Most Difficult Question: We get our ideas from the myriad threads we collect. We twist them into a stout rope, then go fishing. We toss that rope overboard, let it sink deep into our imaginations, then haul. It comes up dripping and draped, with seaweed, garbage, shells. Some of it’s trash, some of it’s treasure. But if you keep pulling you eventually get to the end of your rope.

And there’s the story.